The accelerating pace of change 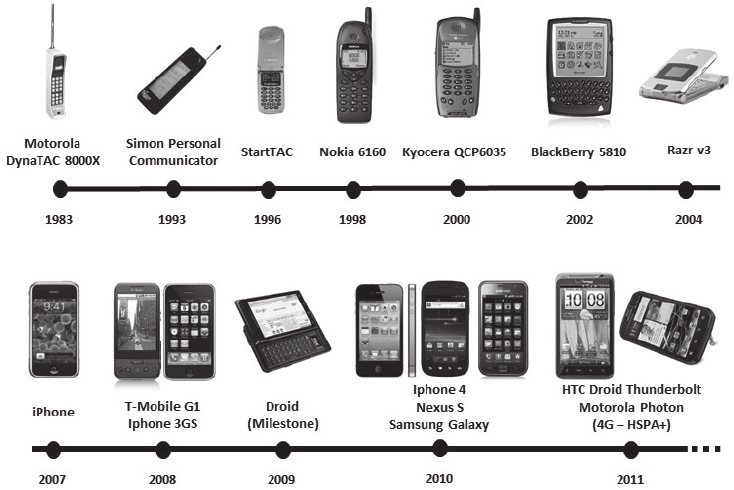 Nowadays we can not imagine leaving the house without our phone or working without computer. Twenty years ago smartphones, as we know them today, didn’t exist. Two decades earlier no one even owned a computer. Does it feel like technology is progressing faster than ever, as Ray Kurzweil, director of engineering at Google stated in early 2000? Or it just feels like it?

What do changes mean and how do we detect them?

Changes are unavoidable fact of life. Each day we are facing new objects, people, ideas and points of view. We take them for granted and not really think whether these changes are happening fast or slow. On the other hand we do not share the same opinion when it comes to technology. As Alan Kay put it: “Technology is anything that wasn`t around when you were born.” If we take a quick look at our lives and the technology we use, we can rapidly see that many items we are so used of today, did not exist when we were born. Does that mean that technological change is faster than ever or perhaps even exponential?

Kurzweil believes that it is undoubtedly exponential. “We won’t experience 100 years of progress in the 21st century — it will be more like 20,000 years of progress (at today’s rate),” he wrote, in The Law of Accelerating Returns. Since we can understand there are more and more new technologies sprouting up, it is logically to question ourselves regarding their perceiving. Do we understand them as opportunities or threats?

Challenges of taking advantage and implementing new technologies should be taken as an opportunity rather than threats and pessimistic interpretations. They offer not only development of new products or services, but also uncountable challenges of discovering, creating and stepping out of our comfort zone. They make us think outside of the box, try something new and develop products we could not imagine a decade ago.

Smartphones, those handy little boxes packed with latest technology we carry around everywhere we go, walked a long way since their beginnings. From mobiles phones which weighted 2 kilos to smartphones weighting as little as 150 g. From basic calls, which could be made anywhere, to devices, where calls are the last thing we think of when buying a new phone. In 1973 Motorola introduced its first mobile phone but it was not until 90s when mobile phones hit off. In the beginning of 21st century they spread like wildfire and today mobile phones, upgraded to smartphones, almost 50 years later, represent a must have gadget we can not live without.

First mobile phone ever is known as “the brick”. Its nickname says a lot about it. It was heavy, had limited functions but it announced the beginning of a new era, although only the wealthiest could actually afford it at that time. A full charge took roughly 10 hours and it offered 30 minutes of talk time. It also offered a LED display for dialing or recall of one of 30 phone numbers. Now think again of your phone. It has a bigger touchable display with better resolution, not to mention colours, can remember practically unlimited quantity of phone numbers and has option of fast charging, which makes your phone fully charged in just 90 minutes while it offers approximately 20 hours of talk time. Not to mention connectivity options, cameras, sensors, or even something as simple as alarm clock and timer.

Phones today act as several different devices which we all owned in the 90s with one crucial difference. Most of them were designed as independent devices, while smartphones can be connected to pretty much anything. This is where IoT steps in. Interaction of different devices is the key when we talk about technology today. Providing impeccable solutions and fulfilling user expectations is becoming more challenging by the day. Quality testing offers an obvious answer, while the path to it too often remains blurred.

Change is the only constant.

“Nothing endures but change.” wrote Greek philosopher Heraclitus nearly 2.700 years ago. Confronting changes differentiates us one from another and at the same time enriches us. Changes make us grow while facing the unknown. They make us leave our comfort zone and develop new ways of thinking, processing and working. Why not take advantage of them and discover a better way when it comes to testing your solutions?